For the better part of half a year now I've been working slowly on a project with Mike Norman, my advisor. I'm basically implementing a test of the efficiency & accuracy of the cosmological simulation code his group uses. I do this by sticking a ring of gas into the simulator and watching the gas spread out. I compare the computer simulation to how it should go if all things were perfect (which the simulation is not). The two plots below are a culmination of my accelerating efforts. 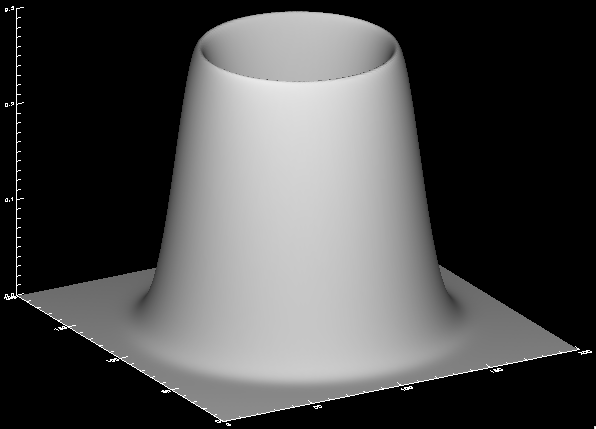 Above is a 3D plot of the gas density. The two horizontal coordinates are the x-y position, while the vertical gives the density at that point. I'm doing my simulation in two dimensions right now, eventually I'll go to three. 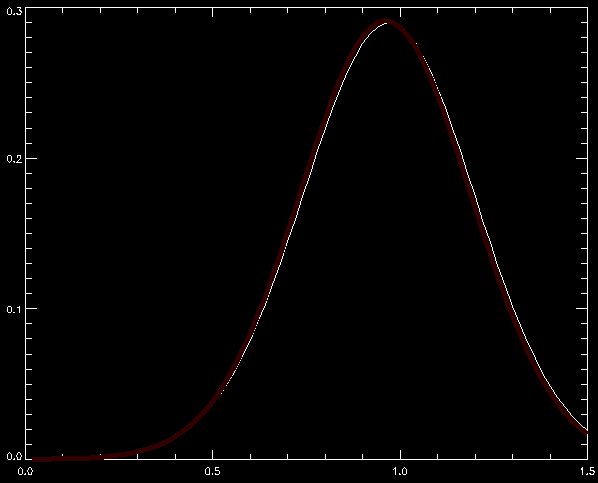 The white line above (hidden by the red line) is a sideways slice of the density, starting at the center going out. The red line is a best curve fit of the white line. The curve fit is very good because the white line was generated by the same function I'm using for the best fit, but the picture shows my fitting technique works, and that's what matters.

I hope to make further, faster progress! I'll post things here as I go along.