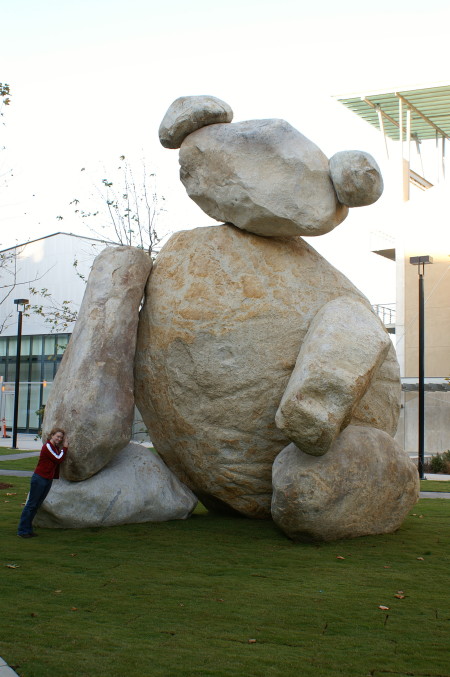 The most recent addition to the Stuart Collection is Bear (2005) by Tim Hawkinson. The bear is made up of 8 large boulders weighing 180 tons altogether. It sits in a courtyard in the engineering school with several new and highly angular buildings. If you read the description in the link above the artist was fully aware of the contradiction of a stone teddy bear between high tech buildings.

I very much like this part of the collection. I've been eagerly awaiting it's completion since I heard about it. I always like it when art requires a massive effort, and moving a 100 ton boulder (which is what the body stone weighs) is massive. The bear does seem cuddly, like you could pick it up and take a nap with it. But of course you can't. I also like bigger than life art, which is a fairly popular category in cities around the world.