Lately I've been playing with a cool Mac OS X application called MacOSaiX. You give the application a photograph and a collection of photos, and it recreates the main photo using small photo tiles from the collection. The effect is at least somewhat artistic, and definitely cool.

Here's one I made using pretty much every photo I've ever taken. It's of me at Collegiate Track Nationals, 2005, during the points race qualifying race. I think it came out pretty good, except for the white barrier in the background, which is kind of dirty in the mosaic because I have taken very few photos of only white things. 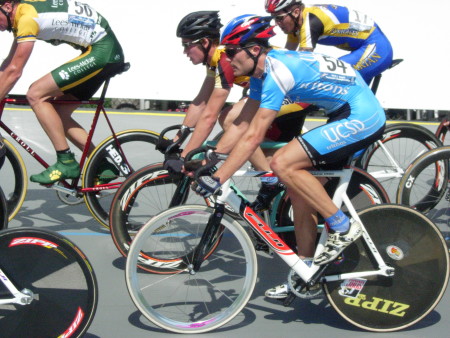 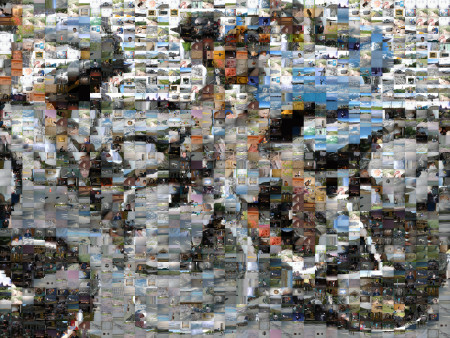 The program can also scour Google Images for photos, using search terms I provide. Pictured below is Chris Nekarda (closest to the camera), Tona Rodriguez-Nikl (with the red jersey), Tyler Ofstad (on the right) and me riding a few warm-up laps. For this mosaic, I put in a few dozen cycling-related search terms, netting over 30,000 images returned. Not all the photos are cycling-related, which is the main problem using Google Images, but at least no porn snuck into the mosaic. I think this one has a more artistic quality than the one above, especially in the red jersey that Tona's wearing. I think this is due to the larger library of photos searched and the wider variety of photos - I tend to take my photos in one way and of similar things. 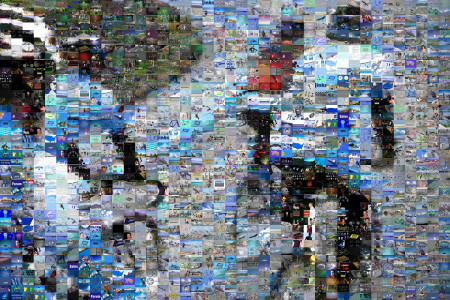 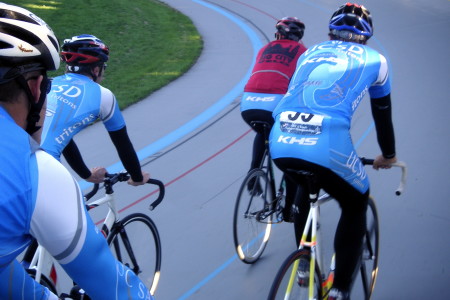 A third mode of the program is 'Glyph' mode, whereby instead of photos, glyphs are made at random and fit to the photo. I also chose the hexagon mode, rather than the rectangle mode of the above two mosaics. The program chooses two colors at random, and also a random character from a random font on my computer. It makes one color the background of the glyph, and the character the other color in the foreground. This technique provides a nearly limitless number of glyphs - I esitmate nearly 1019 different glyphs are possible. This is not neccessarily a good thing - the program will pick color combinations that do not exist in nature, and it will throw out that glyph. The photo below ran for about 200,000 glyphs, and I would argue that it doesn't have the same level of detail replicated as the photo-based mosaics. This could partly be because I used an older version of MacOSaiX which could have poorer matching algorithms, or a result of the limited complexity and too big color space of glyphs. Of course, to make the best comparison I need to make a mosaic of the same photo using Glyphs and photos with the same version of the program. 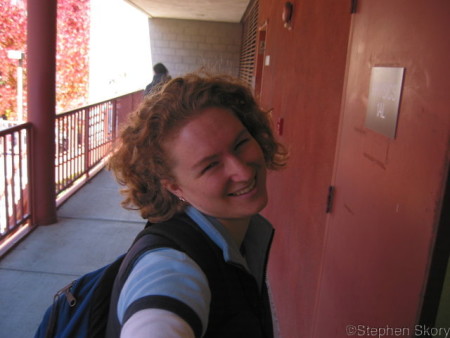 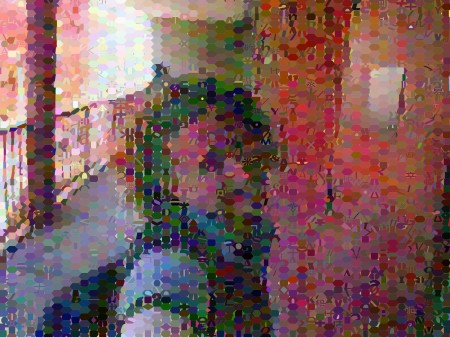 I have some quibbles about the program. First off, it's not a team player. It's a serious resource hog and the computer is almost unusable for other tasks while it's running. This means if I want to run it I've got to leave my computer alone for several hours. iDVD, for instance, will happily encode a DVD in the background while I use the computer for other things, and I would argue that that is no less computationally intenstive. Also, I wish I could go to a particular grid square and tell the application that I don't like the image it put there, and it would put the second best image from the library in that square. The user can place images by hand on the mosaic, but I'm not nearly as skilled at photo matching as the computer. What I am better at is having an opinion whether or not that photo is good for the mosaic.