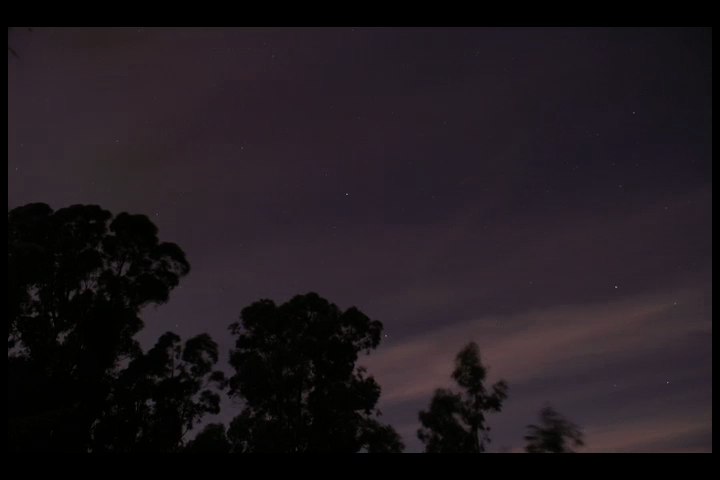 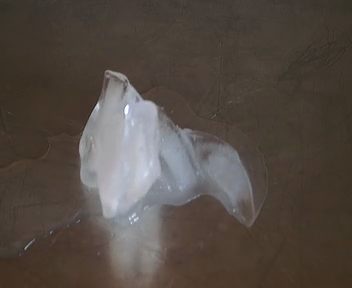 Now that the full bowl schedule is out, I've done some rough analysis, ranking the bowls by their computer ranking. Since the human rankings don't go as deep as all the various bowl-bound teams, I've used the Sagarin computer rankings to do my mathematics. Simply, I added the Sagarin number for both teams, and also took the difference between the two teams. The first is supposed to roughly gauge the quality of the bowl, and the second the competitiveness of the two teams. 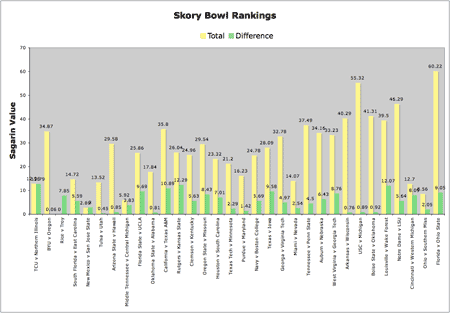 I've lowered the totals (in true USA Today front page style), so the worst bowl, the R&L Carriers New Orleans Bowl between Rice and Troy, has a value of zero. The bowls are arranged in order, with the national championship on Jan 7 on the far right.

In my opinion, the bowls should get better towards and beyond January 1. New Years Day has always been the day for the best bowls - the Rose Bowl, for example. This graph makes it clear that bowls don't get better in any kind of pattern. In particular, the Pioneer PureVision Las Vegas bowl between BYU and Oregon is way too early for its quality. And the two bowls right before the National Championship (a grand canyon of stink in the graph above), the International and GMAC bowls, are in fact two of the worst bowls of the season.

My team, California, plays in the Holiday bowl on December 28 against Texas A&M. There are 11 bowls after that until there's a bowl of better quality (the Outback bowl between Tennessee and Penn State on the first). By far the best bowl of the season will be the Rose Bowl (between USC and Michigan), which has quality only second to the National Championship, but has a much smaller difference between the teams.