Most of my faithful readers are not college sports fans. Therefore, you are probably not aware that the men's basketball national championship in two days will be between Ohio State and Florida. These are the same two teams that met in the football championship in January of this year.

As a Cal fan, I've learned that the Berkeley football team and men's basketball team cannot both be competitive at the same time. More likely, neither will be all that successful. When I was in school, the football team was awful. I believe they lost somewhere in the neighborhood of 16 in a row over two seasons. They also never beat Stanfurd in the 'Big Game' while I was an undergraduate. The basketball team was somewhat more capable. While they would usually lose against top opponents, they at least won more games than they lost by a comfortable margin.

The best explanation of this phenomenon is that Cal is a legitimate academic powerhouse. Any school that's worth attending will, and should, stink at high-level popular sports. Sure, Cal is dominant at rugby. The Cal women's basketball team made it to the NCAA tournament this year, unlike the men. Cal is good at water sports like swimming and crew, too. Actually, Cal is all-around good, as their current third place in the Sears Directors Cup shows. All of that doesn't matter to me. Let me know when NCAA lacrosse makes it to prime time and I'll update my rules (a.k.a. chauvinism).

All of this is leading to my main point: Ohio State and Florida graduates should be on high suspicion of their worth for the next few years. They should be looked at with the same eye as Devry or University of Phoenix graduates. It is no secret that athletes are not academic superstars. There's a reason why these schools have attracted the best performers. If you're looking to attract the best athletes, you've got to show them that they can keep their grade point average high enough for NCAA eligibility. Bluntly, they ain't gonna get it done at a place like Cal.

Perhaps, someday in the future, Cal will be proficient at both men's basketball and football at the same time. And I will be forced to eat my words. If you are a true blue like me, you're not too worried about this.

Perhaps it's the nature of pouring concrete, or union jobs, but the middle of this time lapse is pretty boring. Sorry about that. The beginning is fun enough; and the end, with the inch-worm workers and the vacuum-like concrete massager, is cool, too.

Please note the right 1/3 of the image is slightly affected by the reflection of the building façade on the window. Let me repeat, the large version is worth downloading. 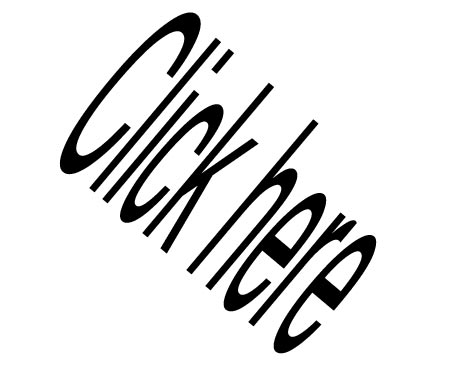 Roll your mouse over the whitespace above and click it on it. Your challenge is to figure out what the image is as quickly as possible. I'll wait...

Some of you may remember my photo mosaics I played around with a while back. This is exactly that, but this time, I took a screen shot every 20 seconds or so as the program refined the image.

This mosaic is made up of a bunch of 'glyphs' which are a colored square with a colored letter/symbol in the middle. The colors and symbol are randomly chosen. The movie above compresses about 8 hours of real time into under two minutes. In that 8 hours the program tried over 330,000 glyphs for the 2500 tiles on the image. The interesting thing is the basic shapes in the image resolved themselves quickly, while the colors took much longer, and never really matched the original image.

Here is a link to a composite photo, showing the original photo and the final mosaiced photo. I don't think the mosiac really captures my tongue accurately.