Don't worry about the physical meaning of the two plots below --- 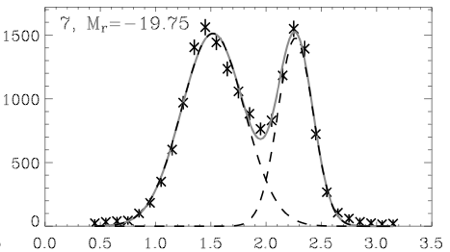 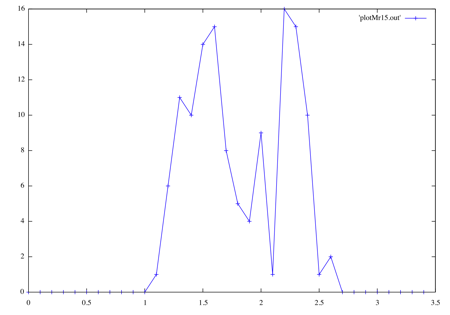 My plot of entirely fake data that means almost nothing.

--- just notice that the two peaks are pretty much in the same places on both graphs, 1.5 and 2.2. The first graph shows physical data (stars) and a double-Gaussian fit (light solid line). The second graph is the result of my using Monte-Carlo fitting to make entirely fake data using the first curve. The real graph has over 10,000 items to make that smooth distribution, while with only about 100 items Monte-Carlo is already starting to look like the real thing. Of course, it will take much more items to capture the smoothness and the 'long-tail' on each end.

I just wanted to share because the whole thing I wrote, which includes a simple function integration (for normalization), worked on my first try.