... or rather, Tour of the Bay Area, Central Coast and North of L.A. 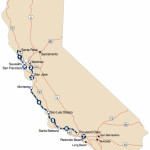 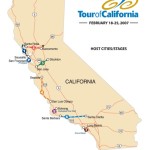 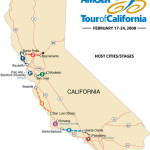 In the three editions of the ToC so far, the closest it has come to San Diego is Long Beach, basically 2 hours away. That stage was on the fairly-boring Long Beach Grand Prix course. This year, the first four (of a total eight) stages are within two hours of the central Bay Area. Each are interesting. The closest stage this year to La Jolla is over two hours away, if the traffic is good in LA (ha!).

I am forced to wonder if the northward-tilt of the ToC makes good business sense. While the Bay Area is quite large at over 7 million people, the greater Los Angeles area and San Diego County together account for nearly 20 million people. Perhaps cycling is more popular in Northern California, but it would have to be three times more popular per capita to make business sense. Additionally, the weather is generally better in Southern California which would make the riders happier and the spectator turnout higher. Furthermore, Amgen, the title sponsor, is headquartered in Thousand Oaks.

I certainly don't think a race through downtown LA or San Diego is practical, but there are many roads in both areas that would make an excellent part of the race. I should know, I have ridden my bike on many roads I could recommend to the race organizers.

I will follow the race all the same, but I wish the organizers would bring the race near me at least one of these years (before the race evaporates, like every major American race eventually does).