I'm all about graphs lately... 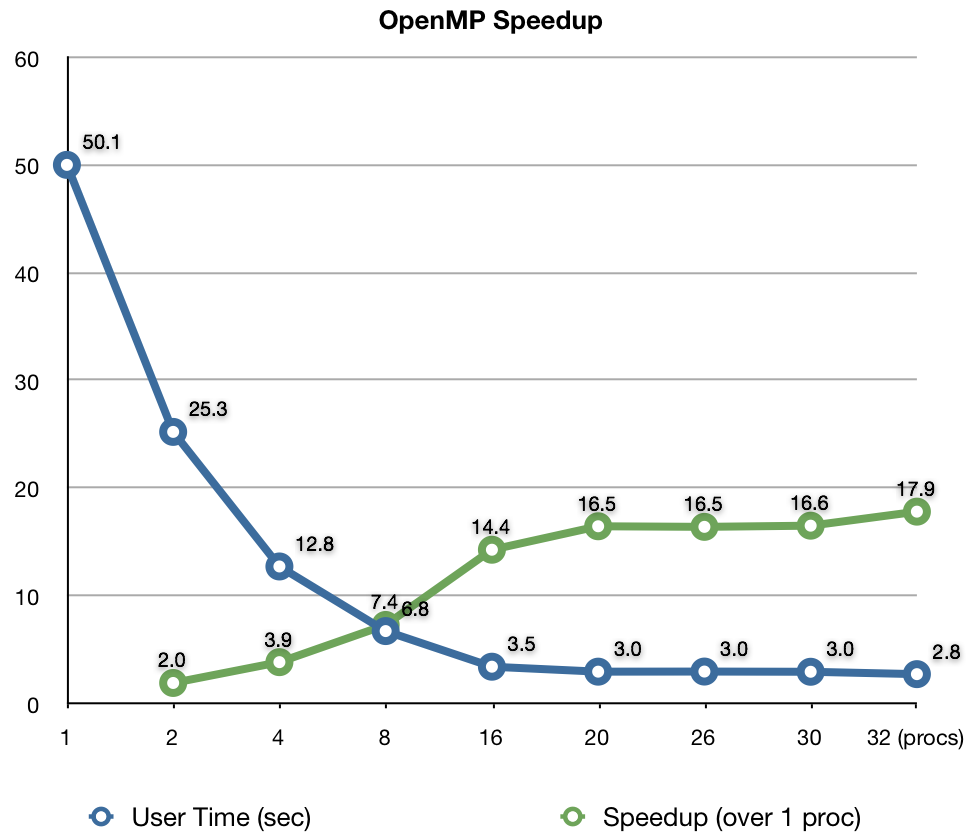 The graph above shows the speedup that a few OpenMP statements can give with very little effort. OpenMP is a simple way to parallelize a C/C++ program which allows you to run a program on many processors at once. However, unlike MPI which can run on many different machines (like a cluster), OpenMP can only be run on one computer at a time. Since most new machines have multiple processors (or cores), OpenMP is quite useful.

I've added a couple dozen OpenMP statements to the code I'm working on. The blue line shows how long (in seconds) it took me to run a test problem on between one and 32 processors. The green line shows the speedup compared to running on a single processor as a ratio of time. It is very typical of parallel programs that the speedup isn't linear and flattens out at high thread count. This small test problem deviates at 16 processors; when I do a real run (which will be much larger and the parallelization more efficient) I may see nearly linear speedups all the way to 32 processors.

I think it's pretty neat how with very little effort I was able to significantly speedup my code. If you have a little programming experience, you can take a look at some simple OpenMP examples and see for yourself just how easy OpenMP is.