Below are some mashups showing the frequency density of where I have ridden my bikes in the last three years. (I never use my GPS on the track, so velodrome riding is not represented here. And besides, that isn't very interesting.) The circles on the maps represent a place I have passed through, and the color how many times. Red means many, perhaps as many as 5000 times for the area near my apartment, and blue means few, as few as once. That 5000 doesn't mean I've done 5000 rides, it means that there are 5000 GPS waypoints in the 100 meter radius circle around that particular point. As waypoints are recorded closer than 100m apart, the same ride could have multiple waypoints inside each circle. Also note that the circles on the map are much larger than 100m.

Update: 19 April 2009 I made a Google Earth KMZ file containing all the points. If you open it, be patient as it will take a bit of time to load. Download it here. 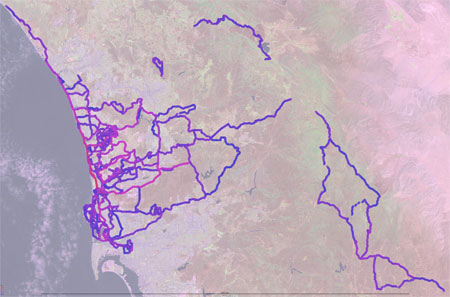 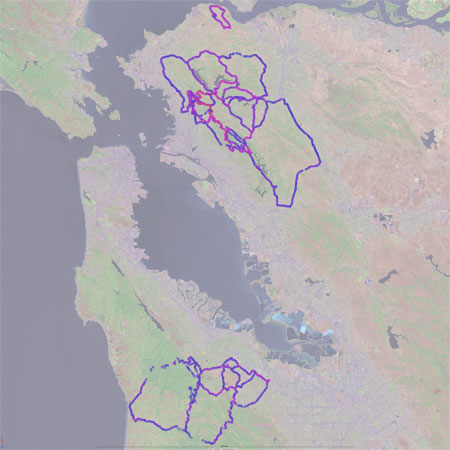 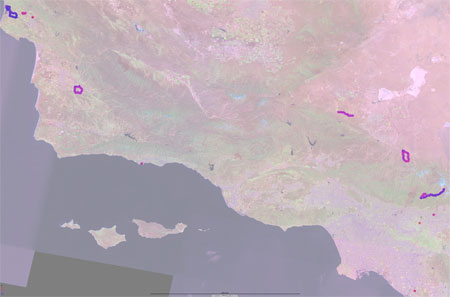 I think I'm planning on posting the code here and at the forums on Motionbased, as I think other people might like this fun bit of code. But I want to clean it up a bit before I make it public. 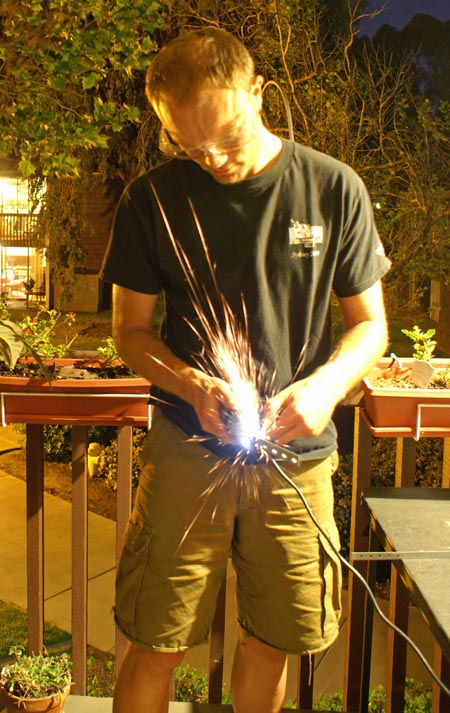 I finished my taxes over the weekend and I discovered that in 2007 I made a whopping three dollars more than in 2006. Three dollars is three dollars, right? Not so fast, according to this page, I actually made an inflation-adjusted 5% less in 2007 than 2006. Good times for grad students!

Actually, it's not quite that simple. In 2006 I was paid more for a higher-earning TA position (66% vs. 50%, for those of you in-the-know), and in 2007 my investments covered that difference. So unless the economy collapses (it's possible!) I can count on my investments continuing to pay off in the long run.

TurboTax told me that I can expect a $600 check from the Treasury. I am sophisticated enough to realize that money is never free. As the government is already running a huge debt, this largesse is just more debt. And who gets to pay for this, why, I will! Depending on the next few congresses and presidents, it could be sooner or later, less or more, but in the end the $600 is not going to be free to me.

So, I give to my dear readers, a list of what I can do with Uncle Dubya's Money: 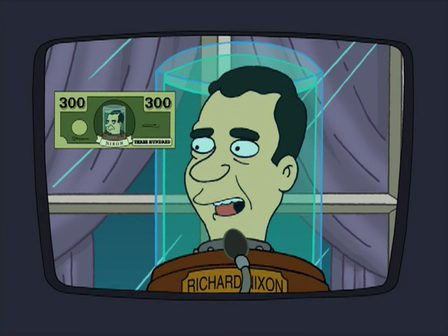 Sidenote: In the Futurama world, they attack a foreign power for money, and give the bonus to the citizens. It seems to me that if that was the overt reason we were in Iraq, for their riches (oil), while it's not as palatable as 'nation building,' it's much cleaner and straightforward than our current quagmire with shifting goals. And if we had just seized all their oil like any respectable conqueror we might be on our way to oil independence, of a sort.