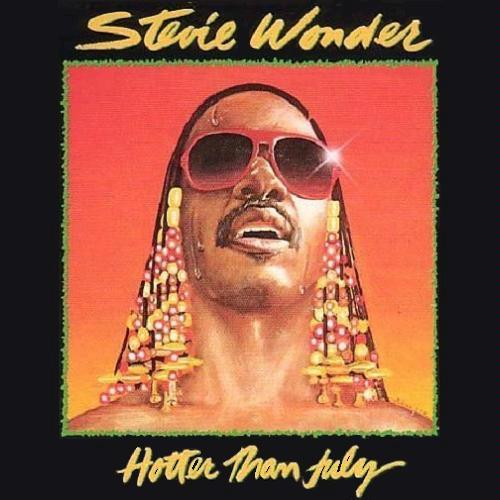 As far as I can tell, the voice auto-tuner did not exist when Stevie Wonder made this record. However, there are a couple tracks where either his voice has been somehow altered in post-production, or he's doing some weird things on his own. And I mean weird: I think it's more distracting than musically worthwhile.

Most songs on the album are what you would expect from Stevie, mostly Motown, with a bit of influence from Reggae. I have listened to Stevie's "Greatest Hits" album which includes a few songs where he experiments with rapping. Thankfully, "Hotter Than July" does not include any Rap songs by Stevie (he's not a good rapper).

A minor quibble: This album was released in late September 1980, well after the summer heat that is beading sweat on Stevie's face ended. I think that it should have been released earlier (or later) in the (next) year, because listening to this in late November feels a bit out of synch with the calendar. I haven't sweated due to the weather in months!