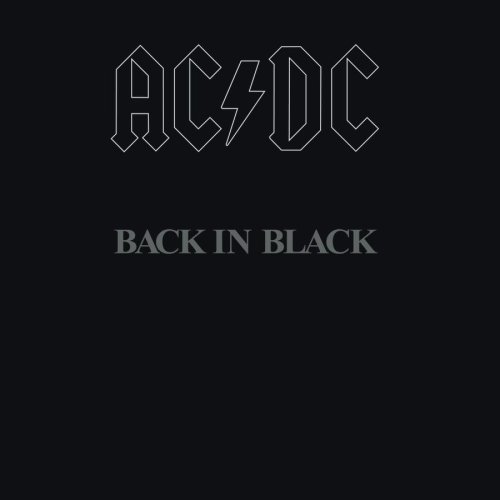 According to Wikipedia, AC/DC's Back in Black is the second most sold album, behind Michael Jackson's Thriller. Interestingly, it peaked at only #4 on the US album charts, and none of its individual songs ever reached the top 10. To sell nearly 50 million copies without reaching the top of the charts indicates that this album has had great longevity in the last 30 years. This is likely due to its many genuine hits that continue to get played today. As an example, many of the songs off this album are included on the Iron Man 2 movie soundtrack, which continues to reinforce the popularity of this album.

If I'm in the right mood, I like AC/DC. That mood has to be a not very quiet mood, as AC/DC should not be played softly. Overall, I like this album. I had already heard most of the songs on the album, as will have most of my readers (see above). This also means that this album can be safely missed, for the most part, because sooner or later, you'll hear one of the tracks anyway.

Update 7 Dec: I failed to mention that this is the first album I've reviewed that doesn't have the image of the musician(s) on the cover art. The band had their specific reasons for this (see the Wikipedia link above). I find it interesting that contemporary albums often do not have the image of the artists on the cover, but that 30 years ago a band had to have a specific reason to do this.

One thought on “AC/DC – Back in Black”