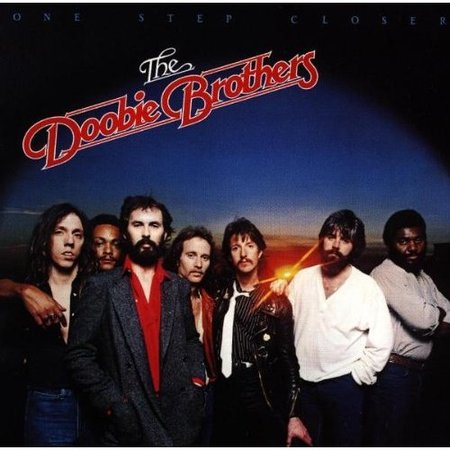 In the movie The 40 Year Old Virgin the main character works in an electronics store, similar to Circuit City or Best Buy. Along one side of the store is the ubiquitous wall of TVs, all playing the same video for purposes of comparison between different sets. The store manager has decreed that the same video (and accompanying audio) will be played on repeat, all day long, every day, for the last two years. The video is of a performance by Michael McDonald of his song Yah Mo B There, which drives many of the employees crazy.

Michael McDonald was the lead singer for The Doobie Brothers for the album One Step Closer. Listening to this album a few times this week has felt a little like being an employee of the fictional store. It's the kind of smooth rock that has very little substance and gets played in elevators or dentists offices. Only seriously messed up people like this kind of music, which describes the store manager exactly. But it doesn't describe me (I hope!).

The album has exactly one thing going for it: a rare xylophone solo on "Thank You Love". I haven't heard a xylophone solo since music class in grade school.

If you follow the Wikipedia link to the page about the band (above), you'll find out that the band was in a very fractious mood during the making of this album. Many of the band felt overshadowed by McDonald and disliked his musical influence on the band. The tension in the band is obvious in the cover photo. Slumped shoulders, blank expressions, crossed arms, one member is almost entirely hidden, and McDonald is off to the side (in the white shirt) leaning away from the others. This is the kind of picture one gets from sullen teenagers, not adult musicians wanting to sell millions of copies of their record.