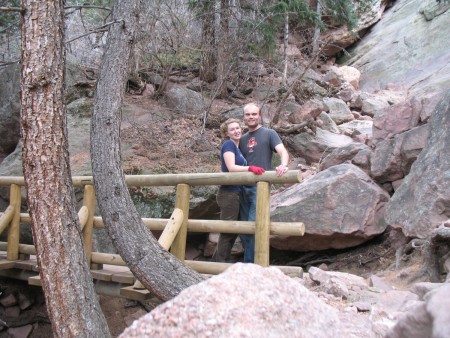 Today Melissa and I hiked in Chautauqua Meadows in Boulder up to two of the Flatirons. We didn't exactly plan to do it; we decided on our way up to simply take the steepest choice whenever trails intersected. According to the GPS (which had difficulty with accuracy due to the trees and the terrain) we climbed over total 1700 feet to above 7000 feet. 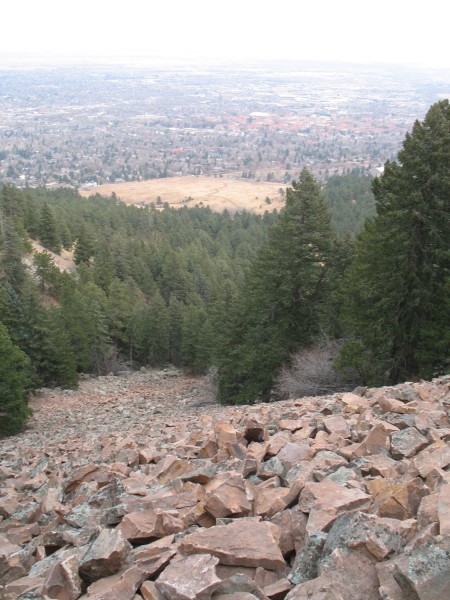 Part of the way up the trail was a large rock fall, pictured above. There is no doubt that it is left over from the process that created the Flatirons. The trail crossed the rock fall twice, and each time I found it very remarkable just how fluid-like it looked. Smaller rocks were piled up behind larger rocks, like water in a stream. The view down to Boulder was good, of course, but it was a bit hazy today. 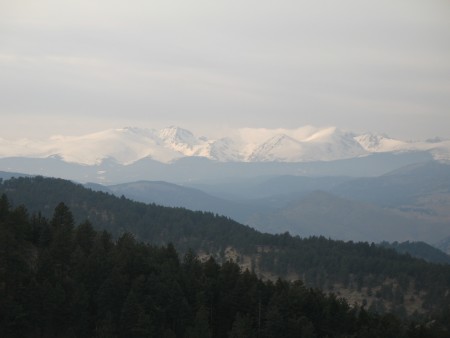 From behind the Flatiron at the top we could see farther west into the Rockies, where the peaks are covered in snow. I'm not strong on the local peaks yet, but this photo was taken looking perhaps a bit North of West, if you'd like to take a stab at it.

We won't be having a white Christmas in Boulder, but I think being able to go for a hike like this on the Eve is a fair trade.