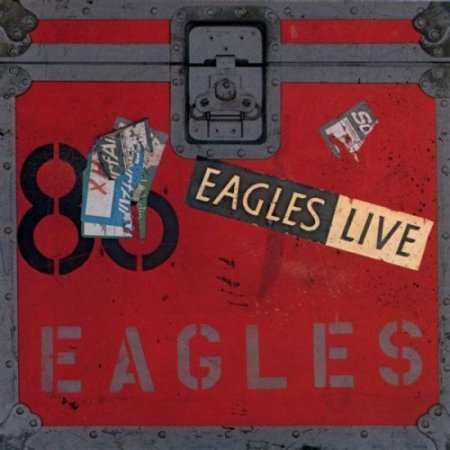 I do not attend many live music performances. But I'm knowledgeable enough to know that there are some bands that are worth seeing in person because they bring something special to a live performance. For a jam band like the Grateful Dead, where no two performances are identical (or even reproducible), a true fan knows that a studio record is missing the full Deadhead experience. This is why the bootleg market for Grateful Dead concert tapes is (was) so big for so long. Some other bands may not make each performance as varied, but fans still want to see the band in person because it's more personal and memorable. For bands like this, releasing a live album per show, something that Pearl Jam has done in the past, allows a fan to buy a recording of the show they attended as an audio keepsake.

In light of the above, I don't quite understand the appeal of live albums like Eagles Live. The songs are as identical to the studio versions as I've ever heard from a live album. The crowd noise is minimal, as are the musings by the band to the crowd between songs. The one embellishment I can catch is "Winslow, Arizona" is switched to "Southern California" in Take It Easy (the concert took place in Long Beach, which I only learned through the Wikipedia page). The personal and unique touches of a live performance are almost absent from this recording. I don't see the point of a live album if it doesn't offer something that a studio album doesn't.

What is it with acrimony within rock bands? Apparently, the members of Eagles were so angry with each other that the final touches of this album were done with the help of at least five lawyers. At least the cover of this album, without the band on it, avoided the mistake The Doobie Brothers made.

Bottom line: Skippable. Get an Eagles studio album instead. And then go watch The Big Lebowski.