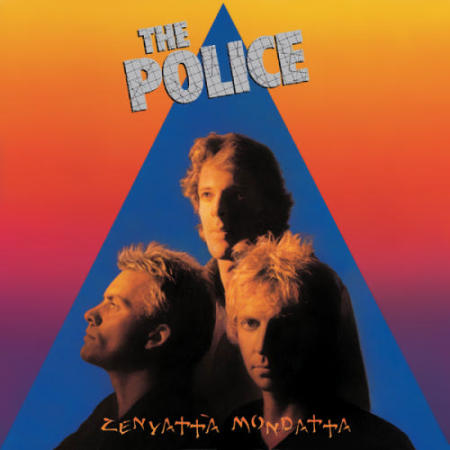 It's hard to form a fresh opinion (but I'll try!) about the album Zenyattà Mondatta by The Police because I've heard this album many times before without fully realizing it. I've owned The Police complete box set since high school, and as it turns out, the order of the last eleven songs on disc 2 is identical to the tracks on Zenyattà Mondatta. This means that to a large extent I formed my opinions about this album a long time ago.

The Police have roots in punk rock, which is evident from their early work (see disc 1 of the box set), but by this album, their style definitely shifted away from that. This album has a few kinds of songs: the political "Bombs Away", "De Do Do Do, De Da Da Da"; the cute "Man In A Suitcase"; the creepy/literary "Don't Stand So Close To Me"; and the rare instrumentals "Behind My Camel", "The Other Way of Stopping". It is certainly a more mature style, that overall I prefer over the intellectually lighter punk songs.

In fact, this album kind of hits the sweet spot for me between their early punk and their later, extremely political work. This is due to the lead singer of The Police, Sting, who is very active in these sorts of things around the world. However, just like Christian music, too-political music stinks because it's preachy and bland.

I would recommend this album, or the whole box set.