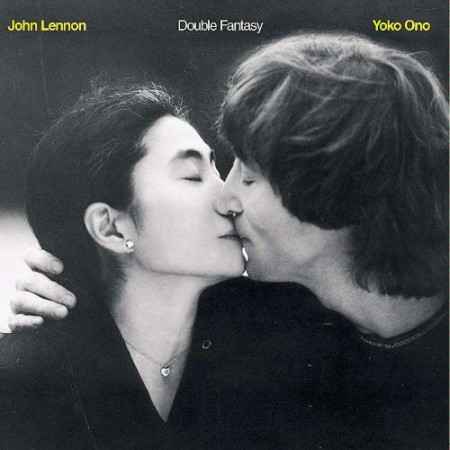 It is easy to imagine a teen movie plot as follows: A group of guy friends are having an amazing time during summer break. Pretty girls are everywhere and always interested in them, and every night is an adventure. Life is good. But then, one of the guys starts dating a girl who all the others despise. The others can't see what is so great about her. She has destroyed the group dynamic, and offers no redeeming qualities that they can discern. The group attempts to break up the pair to no avail (with plenty of hijinks along the way), but by the end of the movie she has proven her worth in some grandiose and unlikely way.

After listening to the album Double Fantasy by John Lennon and Yoko Ono, I think this movie plot almost describes what happened to the Beatles when Yoko Ono met John Lennon. The Beatles had a really great thing going: hit album after hit album, adoring fans, and any woman they wanted. But when Yoko Ono came on the scene, things went sour, and the group became dysfunctional. The other three did not like the effect Yoko was having on John, she distracted him and pulled him away from the group. Except there was no happy ending, and the Beatles disbanded. Unlike in Hollywood, not all guys are shallow and can tell when a woman is a bad influence on one of their friends (also, in real life friends do not stay friends forever).

In short, Yoko Ono is a talentless singer with a little girl's voice who performs songs terribly. I suppose her physical artwork might be better (which is what she was doing when she met John), but that is the kind of art she should have stuck with. As far as I can tell, on this album the songs are either sung only by John or Yoko, but never together. John's songs range from merely OK to quite good and memorable. In between are Yoko's songs, which are like audible sandpaper. Maybe John was an evil genius and realized that placing his songs next to Yoko's songs would make his songs sound that much better, but I suspect this was not the case. Love can be stupid.

The reason this album is high on the charts is that just a little over 30 years ago, in early December, John was killed. Before that, the album was poorly received and wasn't getting much traction in sales or on the radio. It is unfortunate that it took his death for the album to reach #1, but that is what happened. It is testament to his popularity that the album sold so well, despite Yoko's presence on the album.

Below are the notes I took listening to this album, verbatim. I can't make it any more pleasant and polite than this:

It is always easier to write a negative review, and who-boy, this week was easy! I think I never quite understood just how awful Yoko was until I listened to this album, and now I think I have a better understanding of why everyone blames Yoko for the end of the Beatles. They did have some right to be angry, and that is one of the emotions I felt listening to this album. If you want to listen to this album, skip any and all songs by Yoko, and listen only to John's, some of which are worthwhile.