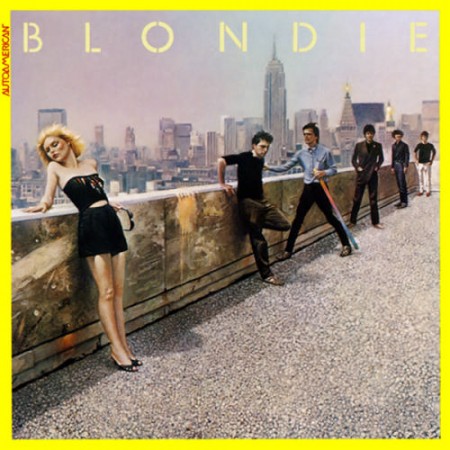 The album Autoamerican by Blondie contains some good examples of popular musical styles in the beginning of the 1980's. It has disco ("Live it Up", "Do the Dark"), a rap song (!; "Rapture") that includes the often used line "hip, hop, and you don't stop", songs that sound like the B-52s ("Walk Like Me"), and a genuinely popular reggae/ska hit in "The Tide is High". It is not a boring album in the sense that there are some interesting musical choices in a (nearly) instrumental opening in "Europa" and a incongruous 30-second intro into "Angels on the Balcony".

An aside about the cover: I don't care to figure out which band member it was, but one of them was relegated to being depicted on the album cover as white pants, a black shirt, dark hair, and no facial characteristics. Sure, Blondie deserved to be up front, but if I were that last guy, I'd feel a bit insulted at being completely anonymized.

Because it isn't boring, and has the several of the contemporary musical styles represented, and the songs are generally entertaining, I think this album is a good one. So I will recommend to my readers that they check it out!

My next album review will be in two weeks because next week's top-10 chart has no albums that I have not already reviewed.