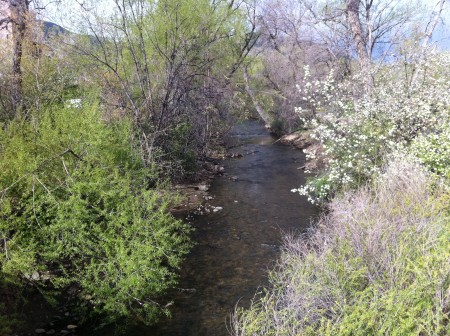 Springtime in Boulder is a tumultuous time. Most evenings the clouds get blown down off the mountains and it rains, and a few times it's turned into snow overnight. The days are blustery and mild, but not what I would call warm just quite yet. The album Arc of a Diver by Steve Winwood does not fit well into my seasonal or geographical mood. If I were in Florida sipping a fruity drink on the beach, I think it would be more appropriate. It would help if I was older and fatter, too. I'm trying to say that if you are in the right place and frame of mind, this album could be quite pleasant. And sometimes pleasant is all you need.

I'm going to try to catch up completely this week.

I have access to some of the fastest computers in the world. I can summon thousands of processors, petabytes of disk storage, and terabytes of memory with a few keystrokes. You'd think with that kind of power, analysis could be automated and done in massive pipelines. But that's not always true. Sometimes things are so subtle that the most efficient method is still to use the human eye.

Today I was pretty ill, with a sore throat and congestion. It was the kind of day for lying on the couch and watching movies. Luckily, I was able to accomplish some work that didn't require too much concentration. First, some context.

One of my current projects is looking at the centers of simulated galaxy clusters, and it is actually surprisingly difficult to find the centers of the clusters. Clusters are complicated places, with clumps of matter falling in, sloshing stuff around, making the core not exactly clear. In order to semi-automate the process, I wrote a script that makes pictures of the clusters (which have been previously identified in a automated fashion), that have density contours superimposed. The density contours are analogous to the lines on a topographical map. 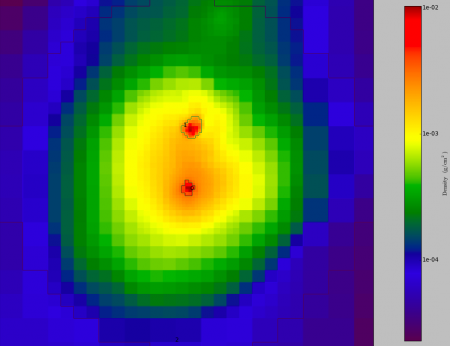 The picture above is an example of the output of the script. The colors indicate gas density, blue to red is low to high. If you look at the full-sized image, you can see that there are two dense clumps numbered 0 and 1. I can't just pick the most dense cluster because that might be a tiny blob of matter falling into the larger cluster; more care is needed. So I need to make the decision with my adaptable brain. The script spits out the image, and then I have to input which clump I think is the most central clump, and a record is made which I'll use for the next step in my chain of analysis. I spent most of today looking at these pictures and entering numbers. Yay for tax payers!

This is very similar to the Galaxy Zoo project that aimed to identify the morphology of actual galaxies, but my effort is on a much smaller and simpler scale.

So - which clump do you think is the most central above? 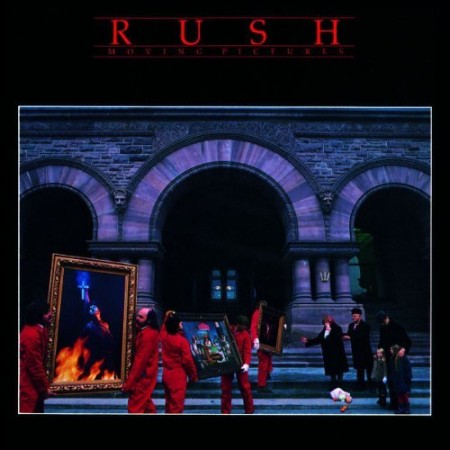 Luckily for me, I will not draw the ire of any Canadians with this review. In fact, I already had the album Moving Pictures by Rush before this review because I like it. The songs are well made, a couple are catchy, and it's not too long. Go ahead and check out the album yourself!