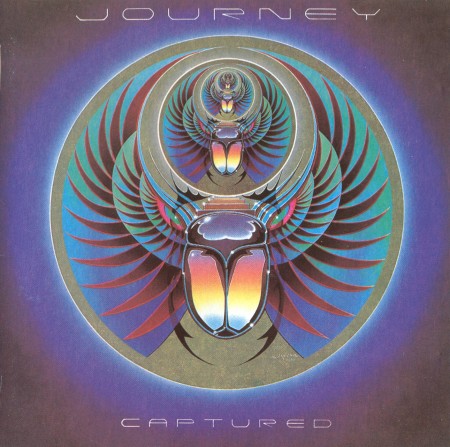 I wasn't looking forward to Captured by Journey. I've already listened to two albums like this (1, 2) and I was thinking that this album would bore me. I have to admit that I wasn't bored completely by this album, which surprised me. This album is a live album, made up of recordings from several different performances. I think that the energy of the live performances makes the music less soporific, which is good.

If I have one complaint, it's that this album is a bit too long in duration. By the last few songs I was getting kind of tired of Journey. But it took until the end of the album to get there, so that's a small amount of praise. Nonetheless, this is an album you can skip.

One thought on “Journey – Captured”