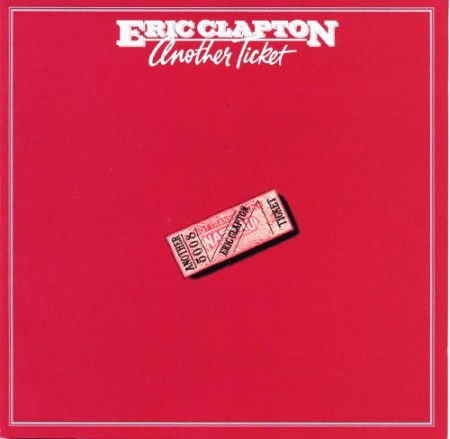 The album Another Ticket by Eric Clapton is mostly a blues album with only a few rockish songs. That's pretty typical for Clapton. Curiously, the first 3 (of 5) minutes of the title track is instrumental, which is unusual for album title tracks in my opinion. The only hit single off this record is "I Can't Stand It". According to Wikipedia, this song sometimes gets played during interludes on Bill O'Reilly's radio show. I cannot confirm this, for obvious reasons, but I imagine that Bill does not use it for its original meaning of an ahem troublesome woman. He must want to share something in common with one of his heroes.

I generally like Clapton, and this is a decent album. The only legitimate knock on the album is its bright red cover.