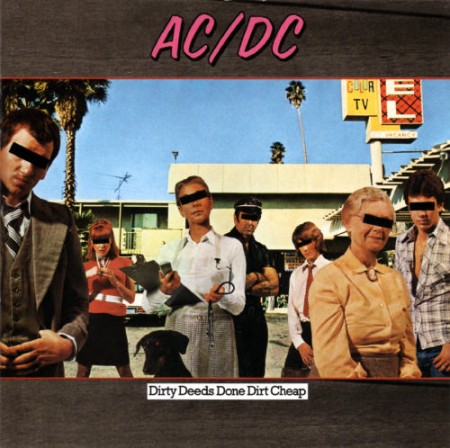 Interestingly, although this is the second AC/DC album I've reviewed as part of my 30 Years On project, Dirty Deeds Done Dirt Cheap in fact originally came out before Back in Black. This album was released in Austrailia in 1976, and only came to the 'states in 1981, after the 1980 release of Back in Black.

I suspect that AC/DC was a major inspiration for the 1984 mockumentary (that I think is brilliant) This Is Spın̈al Tap. In fact, I think a straight line can be drawn from AC/DC's song "Big Balls" to Spın̈al Tap's "Big Bottom". If you enjoy Spın̈al Tap, you're likely to enjoy AC/DC and this album.

Most of what I said about Back in Black can also be applied to this album. AC/DC is fun band to listen to if you're in the right mood. However, because the songs on this album don't quite get the same airplay as those on Back in Black, this album is worth checking out at least once.