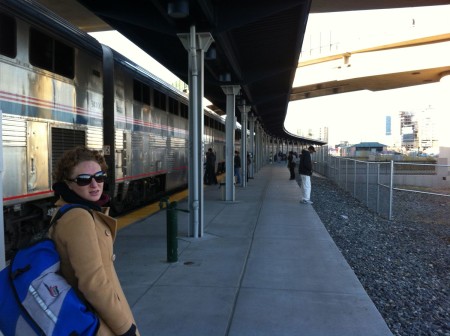 For our trip to the Bay Area for Thanksgiving, we took the Amtrak California Zephyr from Denver to Emeryville. The train leaves Denver at 8am, and arrives in Emeryville at 4:30pm the next day. It's clearly not the fastest way to travel (nor is it the cheapest with a sleeper cabin, which we purchased), but it is far more scenic than the alternatives. 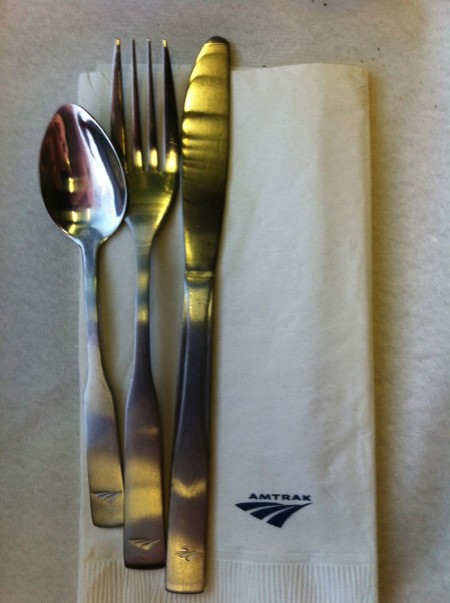 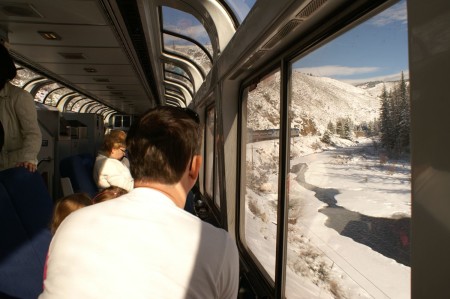 The train consisted of (in order) two engines, a baggage car, three coach cars, an observation/lounge/snack bar car, a dining car, and two sleeper cars. Our cabin was in the last car. Included in the price of a sleeper cabin are all meals in the dining car. The food is better than airline food (well, that is, was, when meals were actually a thing that airlines did) because it's actually prepared in the kitchen below the dining room and not simply microwaved. The dining car has tables that seat four, and if your party is less than four people, you will be seated with strangers. We met some interesting (using the full breadth of that word) people while eating our meals. 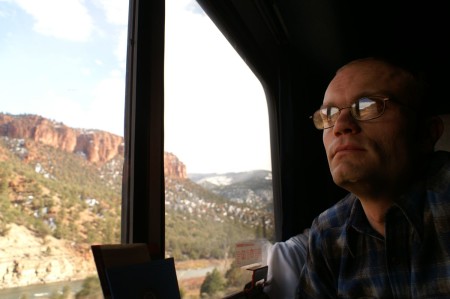 Our "roomette" was cozy. There are four shared toilets in a sleeper car, and one shared shower. The toilets are pretty much like airplane lavatories, but the shower was surprisingly spacious, fairly clean, and the water pressure and temperature was good. 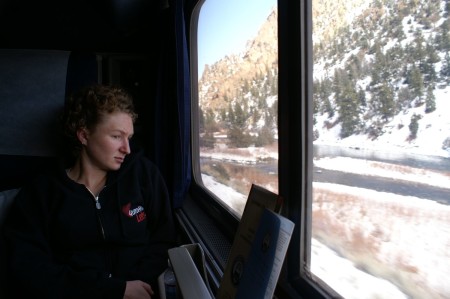 The Zephyr is considerably quieter than a passenger jet, but because it runs on rails that are used primarily by freight trains, the ride isn't always smooth. It was not such an issue when the train was moving at 30 or 40 MPH through the mountains, but when it was going 80 MPH across Nevada in the middle of the night, it made sleeping difficult. 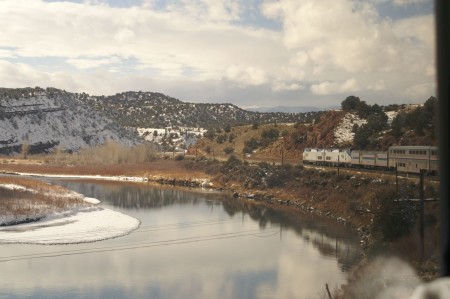 In summary, we're glad that we took the train. It's a unique experience that goes through the most beautiful parts of America that can't be seen from the interstates. We had the time to do it, and it was worthwhile. That being said, we're not eager to do it again anytime soon. We met many people on the train who seemed to love it - they were even on a first-name basis with the train staff. But the train isn't quite for us. Still, we recommend that other people consider trying it at least once. There are many things worth doing at least once, and this is one of them.