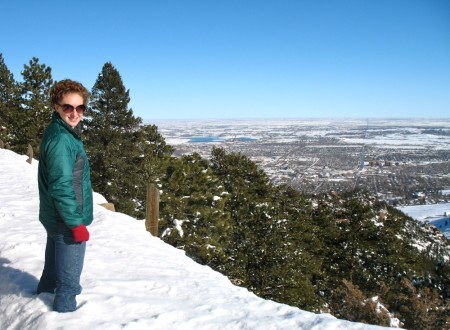 Almost a year ago, we went on a hike on Christmas Eve up to the Flatirons. Last December it was considerably warmer than it has been this year - there was no snow and temperatures were mild. As you can see above, things are very different this year. Although the snow mostly melts between storms, we've had on the order of four feet of snow so far this Fall and Winter. A storm that came through two days ago dropped over a foot where we live, and more at higher altitudes. 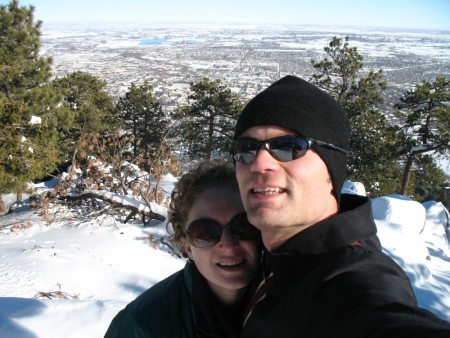 Today we decided to go for a hike up Flagstaff, which, for those familiar to Boulder, is just to the North of the Flatirons. There is a road off of Flagstaff that is closed in the winter, but is somewhat plowed for walkers. We walked up this road to the end, with a few knee-deep excursions off to the sides. 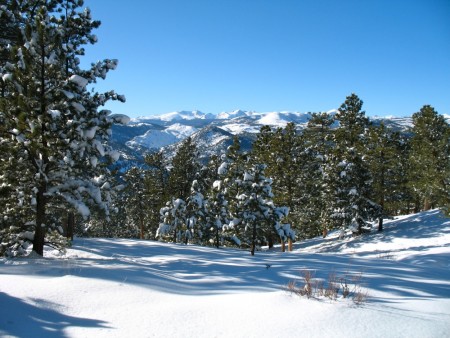 On the hike I came to a realization about snow. Most of the time when I go to "natural" places, they need to be respected and impacted as little as possible. Trails are to be followed, and the surroundings left intact. When I look at an untouched snowy field, it's very pretty, and my first thought is to never go into it, lest I damage the pristine snow. But of course, damaging snow isn't really possible, it's all temporary anyway. 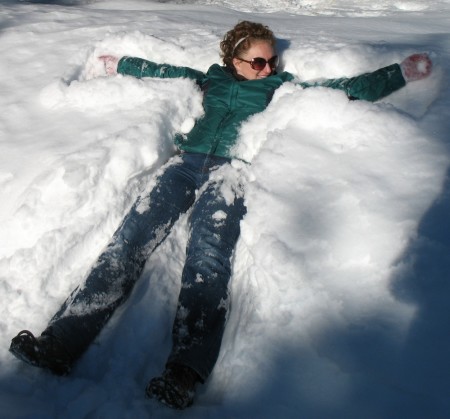